The Normalization of Deviance: What Diversity Leaders Can Learn from the Challenger Tragedy

On January 28, 1986, 73 seconds into liftoff, the Space Shuttle Challenger broke apart and disintegrated over the Atlantic Ocean, killing all seven crew members. The cause: O-rings that sealed the joints on the Solid Rocket Boosters (SRBs) which failed in the cold conditions that were present that day. In a conference call, the evening before the disaster, engineers from Morton-Thiokol, which designed the SRBs, recommended NASA postpone launch in the anticipated cold conditions for which the O-rings had not been tested. NASA made the decision to launch. 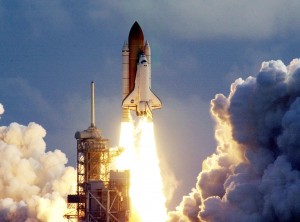 Many studies, investigations, and commissions have studied the O-ring failure and come to many different conclusions. Causes have ranged from the conference call itself to failed engineering, poor communications, inadequate group dynamics, and a work culture that had shifted from a norm of safety to a norm of production.

The sociologist, Diane Vaughan, in her book The Challenger Launch Decision: Risky Technology, Culture, and Deviance at NASA, attributed the failure to a normalization of deviance, which occurs when employees in an organization imperceptibly become so habituated to deviant practices, such as the cultural shift from safety to production, that deviance (e.g., production) becomes the cultural norm. In many organizations, the normalization of deviance contributes to the interminably slow progress toward achieving equitable representation.

Two deviant, interlocking cultural norms, in particular, contribute to the limited progress toward equitable representation: a production norm and a fixing people norm.

Organizations that hew to the production norm emphasize activity. They place high value on achieving goals and standing up diversity programs. When activities, although essential to any undertaking, are not girded by a strategy, the achievement of short-term objectives is overemphasized and tactics and the adoption of best practices follow. Only integrated, comprehensive strategies have the force to advance the representation of historically underrepresented groups.

As Sun Tzu, the Chinese military strategist and philosopher noted, “Strategy without tactics is the slowest route to victory. Tactics without strategy is the noise before defeat.” In study after study, strategy has been demonstrated to produce superior results. Many organizations have strategies in name only that are more an agglomeration of tactics—often mislabeled strategic objectives—than true strategies. True strategies are based on data and scientific evidence and are comprehensive, address complexity, and integrate tactics so they work together and reinforce each other. True strategies establish organizational priorities and commit the organization. Too often diversity strategies are lesser priorities when compared to other organizational imperatives, such as business and financial priorities.

W. Edwards Deming, the American whose ideas transformed post-war Japanese industry from a producer of cheap, inferior products to the paragon of quality, notably stated “Eighty-five percent of the reasons for failure [e.g., failure to achieve representation outcomes] are deficiencies in the systems and process rather than the employee. The role of management is to change the process rather than badgering individuals to do better.”

“Badgering individuals” is the predominant way in which organizations address bias, discrimination, and prejudice, largely through training. Not only does training so infrequently correlate with improved representation, it often backfires, raising the levels of animosity and resistance. Badgering tends to focus on changing biased attitudes and behaviors, endeavors for which psychotherapy is likely more suitable.

Badgering happens because leaders look at the proximate cause of bias, the individual perpetrator, rather than the universal cause, the systems and processes through which decisions are made about hiring, performance evaluation, development, and promotion decisions. Furthermore, a focus on proximate causes moves the onus of responsibility away from where it belongs—on leadership.

Addressing Normalization of Deviance in Diversity

Among the methods for addressing normalization of deviance, three stand out: a deep understanding of the organizational culture, an emphasis on representation outcomes over activities, and a focus on systems and processes.

Prior to instituting or overhauling a diversity initiative, organizations should take a deep dive into the culture of the organization and its relationship to diversity. A culture is the common values, beliefs, norms (rules of behavior), and assumptions that a group of people hold in common, which Marvin Bower, the former managing director of McKinsey & Co. colloquially defined as “the way we do things around here.” A culture is manifested in its artifacts, rites and rituals, heroes, and myths. The goal of understanding the organization’s culture is to uncover norms that deviate from diversity values and beliefgs. An inclusive process for understanding the organizational culture of diversity can be found in the Profiles in Diversity Journal article “Is Your Culture Aligned with Diversity?”

The antidote for an overemphasis on activities is simple: do not measure progress by reporting on activities, such as percentage of employees trained or objectives achieved. Certainly, activities are important as the means to outcomes and they should be reported upon, just not as a surrogate for outcomes. Afterall, the implicit theory of a diversity strategy is that x activities or strategic objectives will lead to y outcomes. However, the theory of diversity is only a hypothesis. The true test of that hypothesis is not whether objectives have been achieved or programs have been established, it is whether diversity representation actually improves.

Focus on Systems and Processes

• Understanding which human capital systems and processes are the primary causes of bias, discrimination, and prejudice
• Diagramming the steps in those processes and systems to understand where the negatives of bias, discrimination, and prejudice enter
• Putting actions with outcomes measures in place to reduce those negatives and bring more equity to decision-making
• Assessing impact on outcomes
• Repeating the process based on where outcomes are weak

Normalization of deviance is insidious, creeping into the behavioral norms that govern “how we do things around here.” Though those norms are often barely visible, they can have an outsized influence on the workplace environment and how business, especially diversity business, is conducted. Organizational culture and the norms it engenders are not directly under anyone’s control; they grow out of the day-to-day interactions among the members of the organization. Ultimately, however, leaders have the greatest potential to influence culture.

Why Diversity Isn't Achieving Its Promise

Get notified when we publish